Focus on the past month dated October 5

A volatile month and a positive quarter

For stock markets around the world, September unfolded under two major themes. Each has enabled certain sectors to benefit from the current situation, which remains completely outside the norm.

Telework and the economic recovery

Much uncertainty remains. The second wave of the COVID-19 pandemic and the return to certain lockdown measures are having very negative effects on the restaurant and tourism industries. Also, the impending expiry of several wage subsidy programs for individuals and businesses could lead to layoffs and a possible rise in the unemployment rate.

Meanwhile, the uncertainty surrounding the U.S. elections and the possibility of a delay in the release of the results are making markets nervous. Also in question are the new U.S. tax deal and the possible delay, reported by Germany, of the rollout of a pan-European aid fund.

Even so, the vast majority of economic indicators continue to improve or stabilize. The global economic recovery is therefore progressing favourably, but its pace is slowing. 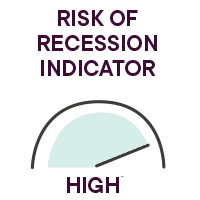 COVID-19: impact of the support measures

Targeted closures of certain industries (tourism, recreation) around the world are having significant economic repercussions, and governments are trying to support their economy and their workers. In Canada, some measures have been renewed. In the United States, politicians cannot come to an agreement, despite comments from the chairman of the U.S. Federal Reserve (Fed), for whom a new tax plan is necessary and complementary to monetary measures.

The big central banks are maintaining their accommodative monetary policies and it looks like policy rates will remain low until economies are well into a recovery. The Fed is prepared to let inflation exceed its 2% target. This situation provides a respite for consumers.

Q3 corporate results will be released soon and management’s comments are eagerly awaited. In fact, they will be more significant than the numbers themselves.

Employment on the rise

Forecasts called for 0.859 million jobs to be created in the United States in September; the actual number was 0.661 million. The low availability of government jobs and the delay in the resumption of school partly explain this result. The unemployment rate nonetheless fell from 8.4% to 7.9%.

Government of Canada bonds across maturities posted a 0.6% return in September. They have risen 7.7% since the start of 2020. (Source: Canaccord Genuity)

Performance of our funds : View the returns

Here are some risks that we are closely monitoring in the current environment.

Consumer confidence is rising, after many months of weakness.

This ratio is at a 15-year low. During the pandemic, the production of many goods was slowed or stopped, while sales continued. The resumption of production to rebuild inventories is a positive sign.

Benchmark rates in Europe and the United States

Rates remain at low levels, which is favourable for an economic recovery.

Our strategies
(6-to-12 month horizon)

The financial markets have gained back the ground lost due to the pandemic faster than we expected. We are maintaining a neutral tactical position for now in the FDP Tactical Asset Allocation Private Portfolio, i.e. 55% equities and 45% bonds.

The winner of the U.S. elections is expected to have a significant impact on the performance of sectors and geographical areas.

The cost of victory

We therefore call for vigilance in the short term and, consequently, a more neutral position seems appropriate to us.

Over a horizon of more than 12 months

We are more optimistic about an overweighting of equities, given the systemic low level of interest rates and the outlook for more sustainable earnings growth in the context of a return to normal after the health crisis.

The geographic allocation of equities in our portfolios changed little during the past month.

If this article raised questions and you would like further explanations, feel free to contact your advisor.