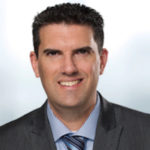 On May 2, 2019, the United States announced major sanctions against all countries that import Iranian oil. The U.S. administration’s intention was to deprive the Iranian regime of its main source of revenue by cutting the equivalent of 700,000 to 800,000 barrels of crude per day. American and Saudi Arabian oil production should make up the deficit internationally. Obviously, many countries, notably India and China, have defied the U.S. order.

By putting maximum pressure on Iran, Washington is trying to put an end to Iran’s destabilization activities in the Middle East in countries such as Yemen. However, isolating Iran could cause it to resume its uranium enrichment activities, a threat that has been lingering since the U.S. withdrawal from the 2015 international accord that is supposed to prevent Tehran from obtaining the atomic bomb.

One and a half months later, the most obvious consequence of the boycott is increased tensions between the United States and Iran. Last week’s attacks on oil tankers in the Strait of Hormuz did little to push up oil prices, which actually reacted more strongly and more negatively to the increase in U.S. inventories. The impact of the sanctions was offset by the fear of an economic slowdown caused by trade tensions between the United States and China.

For Canadian companies, getting oil to market is a major problem. A few months ago, reduced transport capacity forced the Alberta government to order production cuts to improve the selling price for producers. In this context, Canadian oil stocks are not very attractive to foreign investors.

On a lighter note, we are fast approaching what our neighbours to the south call driving season, the summer months when people plan family camping or RV trips in different areas of the United States. Since the price of gasoline has a considerable effect on consumers’ pocketbooks, the U.S. president wants gas prices to remain very low (at least until the 2020 elections …). The price of oil has now fallen by more than 15%, which is great for vacationers when they fill up at the pump!

We continue to monitor the situation, but it seems to us that, unless there is an agreement between China and the United States, or a dangerous escalation of the threats leading to a confrontation between the U.S. and Iran, the price of oil should remain low. In most of our portfolios, the weight of the energy sector is lower than in the benchmark indexes. The valuation of these stocks is attractive, but investors have little interest in this sector.