Pension plans: Who gets the death benefit when you die?
Share this page Print this page

Who gets the death benefit when you die?

Over many years of work in your profession, you may have accumulated considerable sums in a pension plan offered by your employer. These savings, which represent a lifetime of work, must be taken into account when the time comes to make your estate plan, because federal or provincial laws could have a direct impact on the transmission of these savings to your loved ones and family members following your death.

A detailed assessment of your situation is even more important if your matrimonial status changed during your life as a result of a separation or divorce, followed by a de facto union or a new civil union or marriage. Achieving your estate objectives could be jeopardized. . 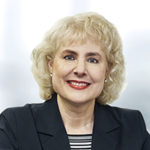 To better understand the rules that could apply after your death, Me Nathalie B. Poisson, Practice Leader, Notarial and Estate Law, looks at a few concrete examples.

Priority of payment to the spouse

Megan, regarded as Adam’s de facto spouse, qualifies for priority of payment to the spouse. She can demand to receive the entire death benefit of this pension plan, regardless of whether it is a provincial pension plan (RREGOP, CARRA, Bombardier, etc.) or a federal pension plan (bank, Bell, RCMP).

Considering these rules, should Adam have asked Megan to sign a document renouncing her rights in his pension plan at the beginning of their relationship?

When death occurs after retirement

Melanie will not be entitled to this annuity of $600 per month for her entire life: only the spouse at the time of the purchase of the annuity (Olivia) is entitled to it.

To whom will the sums accumulated in Peter’s LIF belong when he dies?

At death, the rules are therefore very different according to whether the pension plan is under provincial or federal jurisdiction. These examples show the importance of identifying the jurisdictions governing a LIF or a LIRA before planning their distribution. Learning about the rules could avoid problems with the execution of your wishes caused by the jurisdiction, which even takes precedence over your will provisions.

Summary of the federal and provincial rules governing pension plans

As you can see, it is important to surround yourself with experienced financial advisors when you prepare your estate plan. The sums accumulated in a pension plan will have significant repercussions on the quality of life of your loved ones when the time comes for their distribution. So make sure to deal with specialists who know the implications of the different laws and who can help you put in place the necessary measures to ensure that your wishes will be carried out.

Professionals’ Financial offers a variety of estate planning services. From liquidator assistance and testamentary trusts to estate tax strategies, we are there to help you and provide you with customized advice for your professional and personal situation. Speak about it with your advisor―he is your direct link to all our expertise.