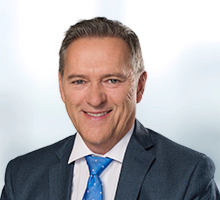 Working in the financial sector since 1991, Mr. Vallée started as an independent advisor and held various positions, namely as sales, insurance and investment manager in a large financial institution for many years. He also owned his own financial services firm for over ten years. He joined the Financial’s team in 2010 as an Advisor. He later became Interim Manager, Wealth Management, then Manager of Professional Practice and is now manager of the project office. He obtained his Certificate in Financial Planning from Université Laval (2004) and is a graduate of the Institut québécois de la planification financière. Mr. Vallée is known for his professionalism and his constant desire to offer clients the highest level of service.