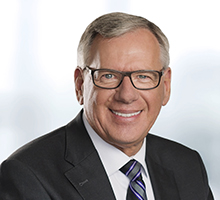 From 2003 to 2016, Mr. Gagnon was President and CEO of Humania Assurance, a pan-Canadian health insurance company.

He began his career in the Quebec health care network, serving as director general of different institutions for about ten years. During the following decade, he performed the same function for two of Quebec’s largest professional orders.

Mr. Gagnon earned a Bachelor of Arts degree from Université Laval and holds the Fellow Chartered Administrator designation. Over the years, he has chaired the boards of the Conseil interprofessionnel du Québec (CIQ) and the Regroupement des assureurs de personnes à charte du Québec (RAQ). He currently serves as a director and committee chair for various public and private companies.