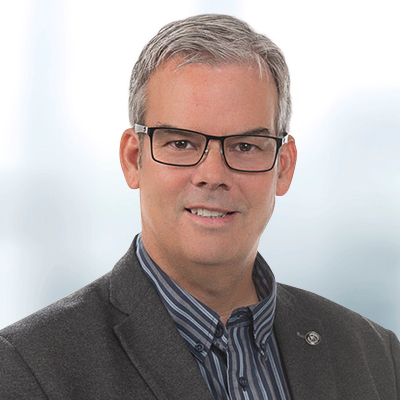 A Fellow of the Ordre des pharmaciens du Québec since 2017, Benoit Morin served as a director of the Ordre for three years. He also sat on the board of directors of the AQPP for six years before being elected president of the Association in 2019.

Mr. Morin has distinguished himself on many fronts during his career. He was awarded the Prix Louis-Hébert, the highest distinction of the Ordre des pharmaciens du Québec, for his commitment to his profession, his reputation both within and outside his field, and his high ethical standards. He also won the Pharmacien de cœur et d’action award, in the “communication” category, for, among things, having participated in the radio program Montréal maintenant (98.5 FM) for seven years.

Benoit Morin holds a Bachelor’s degree in Pharmacy from the Université de Montréal (1988) and has been an owner pharmacist in Montreal since 1990.