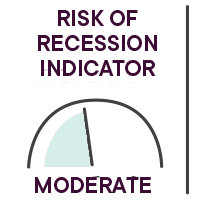 Our equity portfolios outperformed their benchmark indexes, except for those with dividend and value management styles, two approaches that have been less popular with investors in the past 18 months.

Our fixed-income portfolios trailed their benchmark index, due primarily to the decline in interest rates in August. However, their 2019 year-to-date absolute return has largely exceeded early year expectations.

Note the excellent performance of six of our funds which received 4 stars (out of 5) in the Morningstar ratings of August 31: the three FDP Balanced Portfolios (Balanced, Balanced Growth, Balanced Income), as well as the FDP Canadian Equity, US Equity and Global Equity Portfolios.

The Fed reduced its benchmark rate at the end of July and another rate cut could occur around mid-September, which indicates that the U.S. central bank favours an easing of its monetary policy.

The U.S. bond yield curve is inverted, with 2-year Treasuries yielding more than 10-year notes. The market believes that current monetary policy is too restrictive and that further rate cuts are required to avoid a more pronounced economic slowdown.

Since May, we have maintained our bias towards bonds in the FDP Tactical Asset Allocation Portfolio. The mixed economic data of the past few months and the global slowdown have prompted us to bring our bond weighting to 55%, versus 45% for equities.

This slightly more defensive strategy seems appropriate to us, given the geopolitical risks which are still very present.